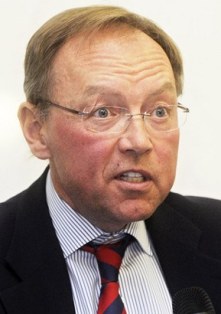 With a Czech-born professor of history and international relations from Boston University about Russian latest elections, a mammoth internal debt to its citizen, Nordstream and Russian radar station in Kaliningrad.

What is your view of what is going on in Russia after the Parliamentary Elections?
There was a time when the Soviet Union was mysterious, or even impossible to understand; Kremlinologists were occasionally reduced to educated guessing. There is little mystery left in today’s Russia. What you see is what you get. Deprived of its Communist utopian fanaticism, the present ruling elite has no political formula to put forward, except for its own addiction to power and wealth. It is driven by a sense of entitlement and motivated by self-enrichment. Some may feel nostalgic for the former Soviet empire, but most have grown accustomed to their luxurious residences in London (aka Londongrad), clothes from Milano, and luxury cars from Germany. The recent elections were obviously fixed to maintain the Putin regime in power in perpetuity. It isn’t surprising that the likes of Putin wish to stay at the top. It’s shocking that so many regional officials have chosen – twenty years after the demise of the Soviet Union – to become co-conspirators in the scheme.

Prime Minister Vladimir Putin and President Dmitrij Medvedev have officially announced their position swap so that Putin can get back as a Head of the State for indefinitive period of time. There is almost nobody who would not call it a major breach of democratic principles. What is your take on the move?
It is a breach of fundamental democratic principles.

Putin calls his regime an authoritative democracy. Looking back at the historical perspective – key attributes of the rulers in Kremlin have always been strength and power more than popularity among their folks. Is current Russian leader only a continuation of this trend – a new car?
Whenever one sees an adjective in front of “democracy,” one must be vigilant: remember “people’s democracy”! I recall that in 1929 King Alexander of Yugoslavia called his personal dictatorship was a “guided democracy.” The country’s collapse in 1941 and disintegration in the nineties should serve as a memento to the supporters of Putin’s “authoritative democracy.”

But as to your question, I hesitate to treat nations in a deterministic fashion. There was little in the Czech past to signal the rise of democracy in the interwar period. And who would have foreseen that the Czechs would loved their Masaryk would have the “show trials” of the late forties and early fifties, torture, and executions of political prisoners? Who would have guessed that the Chinese who gave the world the “cultural revolution” would one day live in skyscrapers and be the owners of the American national debt?

Therefore, I’m committed to the view that no nation is sentenced to live in one mode forever. Think of Nazi Germany! I’m certainly willing to believe that Russia can change.

Looking back – Russia saw a huge uprising in 1917 which became historically known as the Great October Socialistic Revolution. After manipulation of the recent elections by the state bodies there has been a first 50 000 demonstration in Moscow since the Fall of Soviet Union in 1991. Some commentators recall the very current stories of the Arab Spring – can you see any outrage having a real impact on the Russian contemporary politics?
In 1998 the total unpaid wage bill in Russia, i.e., money owed by the state to its citizens, amounted to c. $10 billion and affected about 70 percent of the workforce. It meant that some coal miners, teachers, oil workers, and police officers didn’t have enough money to buy food and they went to bed hungry. Yet there were no strikes. This wasn’t a sign of Russia’s stability. It was a symptom of the nation’s clinical death. Therefore, I was delighted to see the streets of Moscow and other cities in Russia filled with protesting citizens. It is a testimony to the strength of Russia’s civil society.

The Putin regime is obviously frightened of this challenge. The new U.S. Ambassador in Moscow, Michael McFaul, was in office for only two days when the state TV asserted that his job was to launch an anti-state revolution in Russia. It was a return, claimed the official TV, to the 18th century, when “an ambassador’s participation in intrigues and court conspiracies were ordinary business.” This is patently false. It’s a sign of panic in the Putin camp.

Barack Obama came to office in 2008 with a plan to restart US-Russia relations. He has signed a New START treaty with Medvedev in 2010, it is being said that this treaty is clearly an advantage and generous gesture towards Moscow. Has this geostrategically significant bipolar relationship anyhow developed after three years of Obama sitting in the Oval Office?
It “is being said?” by whom? The United States is not in the habit of signing treaties not to its advantage. It would be a crime for its negotiators to accept a draft of a treaty that provided unilateral advantages to the other side. No president could ratify such a document. Yet the New START sailed trough the Senate with a vote of 71 vs. 26, with 13 Republicans voting with the majority. That speaks for itself. I think we should abandon the notion that the treaty was an act of generosity toward Russia. It was an agreement that vastly simplified the management of nuclear arsenals on both sides, and, by providing for inspections, decreased the sense of insecurity that could lead to a catastrophic error.

Could you evaluate Russian position towards Kiev, when Ukraine experienced a magnificent turnaround after the Orange Revolution as acts like Yugoslavia under Josip Broz Tito?
Russia with Ukraine and Belarus is a significant world power. Russia on its own isn’t more important than Spain. This is what makes the ruling elite in Moscow determined to maintain the strongest possible ties with Kiev. The problem is that only the Western (mostly Catholic) Ukrainians oppose a de facto commonwealth with Russia, while the Eastern (and Orthodox) part of the country supports it. The Ukrainians must – without outside interference – first decide where they want to be: in Europe or Russia? Their answer will have immense consequences for the overall balance of power.

To what extend influences Russian energy blackmailing current policies of EU countries? What is your point of view on Nordstream – a pipe line between Russia and Germany?
I fully understand that Sweden and Finland had reason to be concerned that fiber optic cables attached to the pipeline may be used for underwater spying and that the Russian Navy is likely to sail into their exclusive economic zone under the pretext of protecting the pipeline. I also grasp that a line from Vyborg to Greifwald may well invoke in some people’s minds, e.g., Radek Sikorski’s, the Stalin-Hitler Pact.

I don’t share such concerns. By-passing Ukraine and Belarus will make energy supplies to Europe more reliable. Nordstream will allow Germany to achieve its goal of eliminating nuclear energy and it will further weave Russia into Western economic structures and increase its dependence on hard currency income from the EU. True, in a great crisis Russia could conceivably turn off the flow and hurt Western economies, but how will it get by without the income?

As a part of restarting US-Russia relations, the world’s largest country was invited into the NATO Anti Ballisitic Missile System at the Lisboa Summit in November 2010. Nowadays, no real cooperation is hapenning and, moreover, a threatening moves have been played on the chessboard. Medvedev launched the new radar station near Kaliningrad and says the former superpower will relocate its nuclear arsenal near Polish boarders. What is your take on the historical perspective of tensions and détente fluctuations in the relation between the land addicted to gas and the West (Eu and the US)?
I’ve never believed in the possibility of military cooperation between NATO and Russia. Let the Russians place their hardware where they want. It’s obsolete and most likely useless. Doesn’t Poland have a battery of Patriot missiles from the United States based in Morag? In that case, Russia’s radar station in Kaliningrad is a predictable response.

Igor Lukeš is a Czech-born professor of international relations and history at Boston University, USA. He left Czechoslovakia in the 1970’s and got his education in the US – BA/MA, PhDr, Charles University, Prague; MALD, PhD, Fletcher School of Law and Diplomacy, Tufts University. He has written about Europe between the world wars and about contemporary developments in East Central Europe, Russia, and the Balkans. His work has won the support of various prestigious institutions.