The War Is Over! 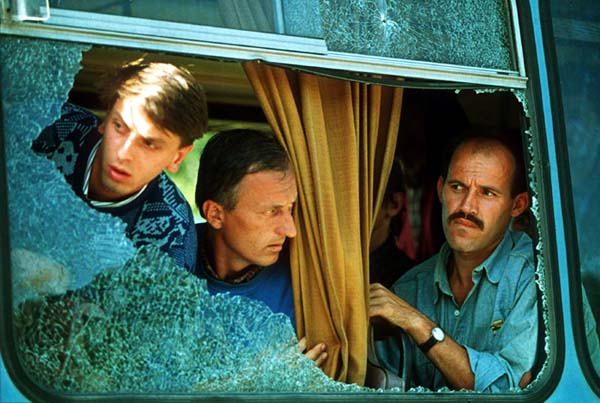 After a surprising acquittal of two Croatian generals by the International Crimes Tribunal for former Yugoslavia in the Hague, a BBC article reported a young Croatian man saying that the war actually ended with this acquittal. In the spirit of this young man’s words thousands of people celebrated the ICTY decision all over Croatia. Now, without any desire to be a spoilsport, I bid to disagree! Yes, the war ended for some, but I am afraid that for others it just didn’t.

The wars of Yugoslav succession instituted brutality and ethnic cleansing on a large scale and unfortunately re-branded the region as the European “powder keg”. Serbia led by Milošević was, for that matter, certainly responsible for major share of war crimes, but one cannot help and point in direction of Croatia whose Army, by engaging in military operations in 1995 to liberate its territory from Serbian control, also committed war crimes against Croatian Serbs. 90,000-200,000 Croatian Serb refugees and several hundred dead as result of Croatian actions in 1995, Zagreb has been struggling with this issue for years, but, as far as the international justice is concerned, there appears to be no one responsible for the war crimes.

Now, coming back to that young man’s words on war being over, I honestly cannot escape the feeling that this cannot be further from the truth. Yes, while some in Croatia are satisfied with the ICTY decision, probably thinking that this is the final proof that Croatian forces engaged in legitimate actions, there are still many refugees in Serbia whose memory of these events cannot be altered with a single court decision. In that respect, the war will really be over only and only when those who perpetrated war crimes are held responsible for their acts. This is not just about regional justice being served by putting a couple of Croats behind bars, but, above all, about taking responsibility for one’s actions and, in the same line, confronting your own past.

Without any desire to resort to clichés or imitate often empty political speeches, it really is necessary to move towards a new value discourse that will signal readiness to confront issues at hand and engage in solving them. Therefore, if Croatian political elites seem to be thrilled with acceding to the Union as much as while celebrating the two generals’ release, then the best way to show their adherence to the Union values is by probing into the issue of war crimes of 1995. This, for that matter, does not mean delegitimizing the whole project of liberating the Croatian state, but confronting those violations of laws of warfare that came to disfigure that very project.

Thus, stripping the mask of a completely ‘legitimate action’ will not only show Croatian will to penalize those responsible for war crimes, but also indicate to Croatian Serbs that calling Croatia their home is acceptable because justice is served and, in addition, that Croatia is a democratically mature society. Unless this is done, this whole Hague mess is not only going to strengthen nationalists in the region, but also prove a major stumbling block for further regional cooperation and thus remain a bitter point of contention in years to come.