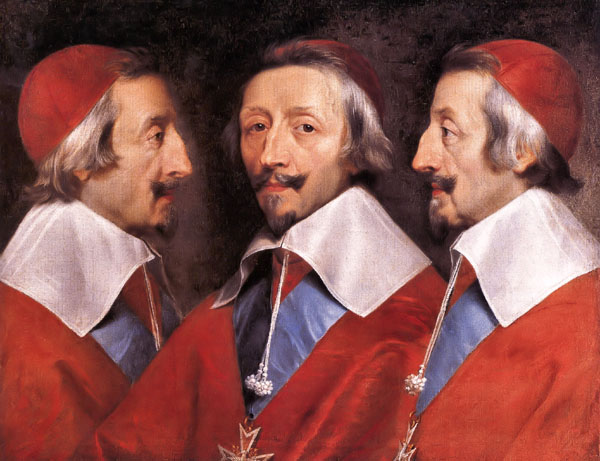 In the times of austerity, such as the one we now face, the government always has to create a list of priorities. It needs to decide what to financially support and where to cut. Today, defense budgets are usually top rankers in such charts. Something, that only a few centuries ago, when war used to be a legitimate instrument of state´s foreign policy, would be hard to imagine. But the times have changed, the western countries now possess – or the believe so – more effective ways to promote their raison d´etat.

Thus, after more than sixty-five years without a major war in Europe, the national governments do not consider defense spending the top priority. This includes not only military and heavy weapons spending, but also police and intrastate security. According to T. de Maziere, a German Minister of defense, Germany plans to reduce its defense budget by 20 percent, which means reducing dramatically a number of military personnel from current 220 000 to 185 000 in years to come. A similar attitude may be seen in the United Kingdom, France and most other European NATO member countries. Along with the United States´ military cuts and Obama´s leading from behind doctrine, the operational power of NATO might be seriously undermined. But that is only the most obvious threat that high levels of national debt bring. They generate another, both internal and external implicit dangers, which are not to be ignored.

Inner threats
With mounting national debts, the European key value, social solidarity, has weakened. The governments are less favorable to expand (or even freeze) their social welfare expenditures. The gap between poor and rich is further opening. In December 2011, the unemployment rate in United Kingdom reached 8.3 % while in January 2008 it was only 5.3%. In Spain the number is 21%. A significant part of those without a job are young people. Combined with the large populations of immigrants in western European countries who themselves often struggle to successfully integrate into a society, the potential threat is enormous.

In fact, the threat is far from being only potential. The violent protests in London in summer 2011 paralyzed the city and demonstrated two important things. The frustration among youth (which is what – in much larger scale – fueled the Arab revolutions last year) is rapidly growing. The London protests also showed that internal security forces are not capable of restoring order quickly and effectively if the protests reach a certain level. More cuts might further diminish a principle state´s function; to protect its own citizens´ lives and property and raise questions about the system legitimacy. Such strengthening of anti-system voices is avoidable, but the cause must be dealt with conceptually and immediately.

A Danger of lending
The solution for the mounting public debts preferred by governments is to simply borrow the needed money. If private investors are not keen to buy government bonds, China or Russia eagerly rush in, to buy a huge number of Greek, Spanish or United States´ ones. It is a fairly known fact that China is the largest US´ creditor with some 1.3 trillion $ in loans. This partial dependency of the United States and of some European countries influences their foreign policy attitudes towards the states like Russia or China. Therefore in the Obama-initiated annual China-USA summit, there were no official talks about respecting human rights in China. And if there occasionally is a hint of such criticism from the Western representatives, China rushes up to remind that dollar (not to mention Euro) is not an unshakable world currency number one anymore.

On the other hand, the financial intertwinement between ideologically diverse global actors fosters a mutual dialog. Regular summits of top representatives of EU, China, Russia, USA, and others, are the way the international community should go. Of course the principle of balancing cannot step aside absolutely – for example lately the Obama administration decided to send thousands of troops to base in Australia – thus reacting on China´s growing military budget and strengthening its regional presence. Still, we are nowhere near the Cold War armament races. But does it increase the world´s security or rather decrease the actors´ capability to take an effective action if necessary?

Thick and thin times
After two wars in the first decade of the 21st century the United States are not willing to play a role of a “global policeman” anymore. Had it been a decade earlier, Bashar Assad in Syria would have probably been much more nervous, facing the Bush doctrine of preemptive war based on theory of democratic peace.

Contemporary status of global governance – often referred to as one with lack of leadership – gives undemocratic regimes better chance to survive. This statement is in contrast with the revolutions we have seen last year, with the slow opening of Burma or a democratization of Cote d´Ivoire. But the so-called Arab spring, was a natural process the West did not initiate, and had little influence on its course (except for Libya which was a very specific case).

In Burma, inner pressure has intensified significantly and the governing Junta had to respond either violently or by a slow changeover. In Cote d´Ivoire, the French troops had a key impact on the win of democratically elected Gbagbo. But France would probably hesitate more had Cote d´Ivoire not been its former courtyard and had there not been crucial presidential elections in France this year. On the other hand we have been seeing a shift from democracy in Russia and Ukraine, no progress in Belarus nor China or North Korea, not to mention United States protégé Saudi Arabia. Partly because of the problems with national debts, the West lost its momentum and its decisiveness in dealing with – not very well named – rogue states.

The United States “retrenchment policy” requires more responsibility towards NATO functioning from European member states. The actions in Libya showed the possible future model. The United States´ long lasting armament supremacy with Europeans´ cooperative and flexible leadership might be the right recipe to resolve future conflicts. The European countries must accept the pressure not to cut their defense budgets under a certain level. And the best way to do it is to further enhance transnational cooperation at the NATO and EU levels. Find a model of more effective specialization of national armies and coordinated and balanced cooperation between core NATO countries.

Of course the ideal way to protect western interests is by spreading its ideology, by spreading its values. That is why Turkey plays such a key role as a negotiator in the post-revolution countries. But this “missionary work” must be backed by hard evidence of power. That is what stresses and underlines the impact of politicians´ words. It may not be ideal and we may not like it, but that is how the international community works.