Iraqi Kurdistan’s independence referendum as a source of instability 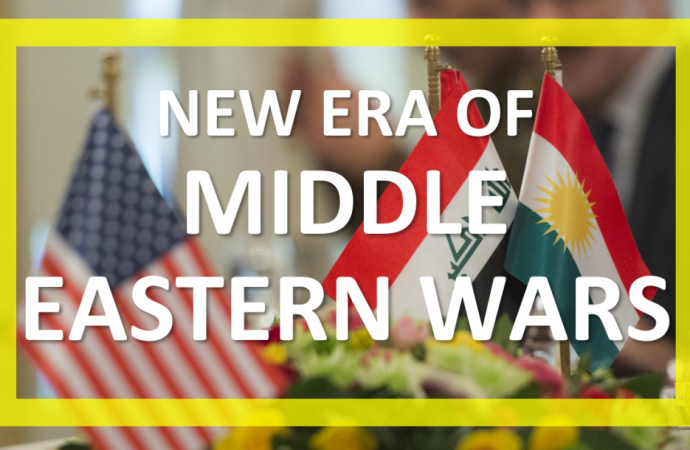 While the attention of the world’s public is focused on the so-called Islamic State and the Syrian Civil War, another possible destabilisation is going on in the Middle East, namely in the Iraqi Kurdistan. On September 25, a referendum is going to take place with a simple question: “Do you want the Kurdistan region of Iraq and the Kurdish areas outside the region’s administration to become an independent state?“. The outcome of the referendum seems to be evident: a clear majority of both political parties and the general population of Iraqi Kurdistan prefers independence. However, the consequences of the referendum may have very negative impact on the region.

Firstly, the referendum was not prepared in cooperation with the Iraqi government and it is going to take place also in the Kirkuk, Sinjar, Makhmour, and Khanaqin regions. The control of these areas has been a subject of dispute between the Kurdistan Regional Government (KRG) and Iraqi federal government, but as a result of the invasion of the so-called Islamic State, Kurds gained control over them. The referendum will surely worsen relations between the KRG and Iraqi government since there are already other disputed topics, such as the oil revenues. Still, the referendum may not automatically lead to a declaration of independence, but it can be used as a leverage during negotiations between Erbil and Baghdad. Initially, the independence vote was announced back in 2014, but it has been postponed on several occasions. It is still possible that the vote may not take place if the federal government in Baghdad gives concessions to the KRG.

Three of Iraq’s neighbours, Syria, Iran, and Turkey, have expressed severe concerns about the referendum for an obvious reason: all these countries have Kurdish minorities that struggle for independence. Similar to their counterparts in Iraq, Syrian Kurds established a de facto autonomous region of Rojava as a result of the Syrian Civil War. For Syrian government, the referendum is a dangerous precedent. Turkey and Iran, in their turn, must deal with a decades-long Kurdish insurgency. Apart from that, Iran has gained considerable influence in Iraqi politics, economy, and society since Saddam Hussein’s regime fell. Iraq became basically a client state of Iran, as well as a huge market for Iranian goods. It also serves as a bridge connecting Iran with its allies in Syria and Lebanon. Therefore, any weakening of Iraqi government’s control over the country’s territory threatens Iranian interests.

Although there has been a cooperation between Turkey and KRG since the 1990’s, Turkish officials stated clearly that they will not respect the referendum results and that they wish to preserve Iraqi territorial integrity. This is understandable because apart from the ongoing PKK insurgency, there was also a shift in the attitude of the ruling party AKP to the Kurdish issue after the general elections in June 2015. In those elections, pro-Kurdish HDP entered Turkish Parliament and AKP lost the majority in Turkish National Assembly. Before the elections, AKP had a constructive approach to the Kurdish issue and initiated peace talks with the PKK. After it became obvious that majority of Kurds still preferred HDP to the AKP, Erdogan’s party switched its focus from Kurds to nationalistic segments of the Turkish population. Kurdish rebellion in the southeast of Turkey started anew after the peace process finally crashed in July 2015. AKP regained a parliamentary majority in November 2015 early elections and closely cooperated with a nationalistic MHP. AKP’s decision to appeal to Turkish nationalists means that it cannot accept any form of Kurdish autonomy in the territory of Turkey or its neighbours. The chairman of the MHP even stated that the Iraqi Kurdistan independence referendum may serve as a “casus belli”.

Western countries are not in favour of the referendum either, pointing out that it is unilateral and that it may bring instability and hinder the military efforts against the so-called Islamic State. However, their attitude is not unified, as many countries have expressed respect to the right to self-determination of the Iraqi Kurds and in general they do not oppose the referendum as strongly as Iraq’s neighbours. In the case of Turkey, the differences in attitudes may contribute to the already considerable divide between Turkey and other NATO members, and fuel anti-western sentiment among the population.

Neither Iraqi Kurds nor the region as a whole will gain much from the referendum. Although it can still be postponed on the last moment, it has already increased tension between Erbil and Baghdad, as well as Iraq’s neighbours. If the referendum really takes place, it will spark a political conflict that can erupt into violence. Independent Iraqi Kurdistan may end up isolated and wrecked by internal conflicts. While military intervention by some of Iraq’s neighbours is unlikely at least for now, the referendum will definitely cause instability in the region. Despite all these factors, Iraqi Kurds, as well as their leadership, are willing to pursue independence at all costs.

Author: Martin Dudáš
Article was originally published as a part of STRATPOL ViewPoints.