Truly strategic partnership with the United States in security field 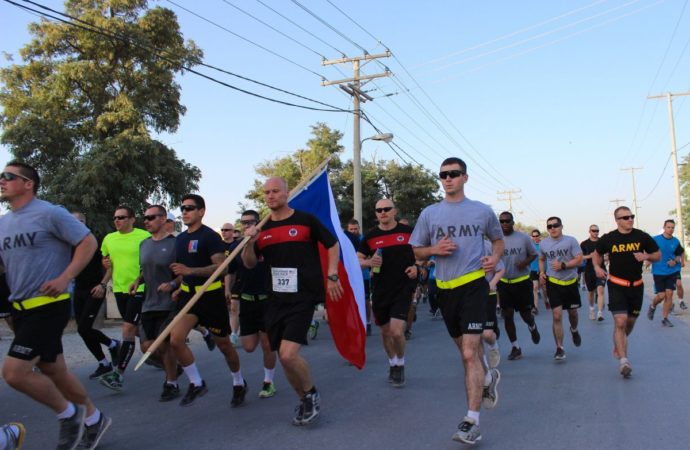 The US National Security Strategy and the US National Defense Strategy have significantly changed the US approach to defense. The leitmotif is to refocus the US defense from fight against terrorism to the threat of near-peer adversaries/great power competition. This has a profound implication for all nations for which the US plays a role of a key defense partner and guarantor of their security.

The Czech Republic is among these nations. According to the relevant strategic documents, like Security Strategy 2015 and Defense Strategy 2017, the relations with the US and the transatlantic bond are some of the essential pillars on which the Czech Republic is safeguarding its security. It is a core principle of the Czech security and defense policy since the 90’ and during the time of US focus on the threat of international terrorism, the Czech Republic strove to be a valuable Ally by supporting the US efforts in Afghanistan or Iraq. After all, supporting the US is still one of the main motivations for the Czech Republic’s sizeable contingent in Afghanistan, where it maintains the 7th largest contribution of all NATO Allies.

However, the fundamental change of the US defence strategy requires the Czech Republic to revisit its own approach to fulfilling the core principle of the strong Trans-Atlantic bond. The refocus will likely need to go well beyond mere rebalancing of Czech contributions to crisis management operations or stand-by arrangements. To be truly effective, the new Czech strategy to support the US in its power competition may affect issues from operational engagement, through searching for new defence relationships to defence equipment acquisition and searching for new niche contributions to the collective defence. Providing comprehensive recommendation for the best way forward will require an essential discussion among government agencies and relevant opinion makers. Within this context, the following text aims to highlight some possible tracks of the adaptation of the Czech strategy.

Impact on operations
In the beginning of this year, the Secretary of Defense Mark Esper revealed the intention to change how the Pentagon uses its money, people, and time. The aim is to push for “ruthless prioritization” by the bureaucracy in support of the top US priority: the great power competition with China and Russia.

The Secretary of Defense said that he plans to do a COCOM-by-COCOM review (hereinafter as Review) of U.S. force posture in order to assess how resources are being used and whether they should be redirected in some way. Those decisions will largely be driven by the needs of the National Defense Strategy. The review should be done by October 1st, the start of the next fiscal year. This discussion about redirecting troops from U.S. Africa Command elsewhere has already been met with resistance in Congress, with leaders from both the House and Senate armed services committees, warning the secretary against such a reduction. Similar applies to U.S. Southern Command with discussion on other commands possibly following as well. The expected reduction in Afghanistan will likely be a part of this process. The review is certainly the most imminent issue that the Czech Republic will have to reflect on in its discussion about its future role in the US Strategy.

Refocusing on the Russian and China threat according to the NDS is not against the interest of the Czech Republic. On the contrary, the Russian threat is the only tangible hard security threat for us. The reality is that the US armed forces are overstretched and are losing their ability to conduct two wars with near-peer competitors. The New American strategic doctrine says bluntly; the US needs Europe for the deterring of Russia. Within this context the Baltic region, the “Achilles’ heel” of NATO, presents Czech Republic with an opportunity to enhance its significance for trans-Atlantic bond by actively taking care of this vulnerable point.

The Review will also relate to regions where the Czech army is deployed, despite their lower meaning for our imminent security concerns, like Africa, the Middle East or Afghanistan. Possible drawdown is of relevance for the Czech Republic which started, in recent years, to increase its security involvement in Sahel. Within this context, the Czech diplomacy has to be able follow the ongoing discussions between different interest groups inside the US administration, Congress or the Army. The key question is whether the Czech Republic, taking onto consideration the expected outcome of the Review, needs merely more emphasis on the Eastern Flank. Or whether we should strive for more radical shift of our foreign missions, i.e. cutting Czech missions from Iraq down to Afghanistan and from Balkan down to Africa. This would enable us to concentrate on the most topical issue, which is the deterrence of Russia.

Strategic meaning of the procurement
The procurement process is not only about getting the most convenient equipment with best technical parameters for reasonable price. Acquisitions are also about geopolitics. It is a choice of a key ally or a strategic partner. To buy from a strategic ally means to invest in a long-term cooperation. Such co-operation encompasses an exchange of the know-how, experiences, joint exercises and last but not least interoperability of the forces.

A good example is Poland that streamlined the acquisition process according to the strategic character of Polish-American security bond. Up until now, the Czech Republic has chosen a different path. The Czech Armed forces rely on broad spectrum of different foreign suppliers. Can the countries of origin of these suppliers be regarded as key Allies? Such as Sweden with its Gripens and other important equipment?

The point for the discussion of the decision makers is: Should the Czech Republic adjust and streamline its acquisition process according to its security and defense strategy? Above its political meaning, such calibration could bring opportunities in terms of long-term modernization programs. It is desirable in the fields like the tactical air force, the helicopter air force or infantry equipment such as tanks/artillery etc. The main partner of the Czech Republic are the United States and the US presence in Europe. Should the Czech Republic adjust its acquisition process accordingly?

NATO nuclear sharing/case of F-35
We are ahead of an extremely sensitive political debate about nuclear sharing within the Alliance that will test its cohesiveness. The United States declares the need to react to the significant development of security and military doctrines, capabilities and the strategies of the adversaries. The USA is going to adjust the defense and deterrence architecture to defeat the adversary strategy. It wants to strengthen the integration of nuclear and non-nuclear military planning and to apply a tailored and flexible approach to deterrence of different adversaries. Is NATO also ready to change its outdated “Defense and Deterrence Posture” from 2012 that simply does not reflect the current state of affairs?

Modernization of the strategic and tactical potential of the United States envisaged by the NPR might have an even greater effect. For the Czech Republic, it is a matter of strategic importance that the Alliance will withstand this test. A specific topic is nuclear burden sharing. As the nuclear mission is both politically, and resources-wise very demanding, it is likely that there will be a pressure on Allies to help with this burden. According to the US NPR, the nuclear mission will be based on the F35 in the future.

The Czech Republic acknowledge the paramount importance of the NATO nuclear sharing. If the Czech Republic wants to remain in the SNOWCAT mission (Support of Nuclear Operations with Conventional Air Tactics), then there is no other way than to adjust its air force accordingly. It is unrealistic to expect that in the near future the SNOWCAT mission allow the inclusion of 4th generation aircraft in a package supporting nuclear operations by F35s. Should we also buy the F35 in the future? Such option would strengthen the bond with USA and be a boost for regional cooperation, mainly with Poland.

US presence I Poland
For the Czech Republic, supporting the new US National Defense Strategy’s implementation means complementing NATO obligations with bilateral and multilateral arrangements, in line with the ‘modular’ approach to collective defense. When it comes to the “forward deployment” and ”high readiness/fast reinforcement” aspects of the US strategy, the obvious option is a forward positioning in Poland, in close cooperation and regular exercising with Polish and US forces. To use both, the momentum of the Review and the US presence in Poland, several options need to be discussed:

We face a growing doctrinal gap between the USA and Europe. This problem was displayed recently in the case of Iran as well as in the approach to the MEPP. It requires serious attention. If the Czech Republic is too weak to influence the attitude of Europe towards the United States and strengthen the desired trans-Atlantic convergence, it must strive to grasp the initiative individually. Like Poland did.

The Czech Republic has several months to reflect on the ongoing US Review. The aim is to fulfill the declared strategic Czech-American partnership with some tangible content. Fields such as the foreign missions and the acquisitions must be under close scrutiny.